On the Reservation Wages and Liquidity Constraint

They argued that the difference between reservation wage and the tax needed to fund the unemployment insurance system encodes all the relevant information about worker’s welfare; they proved this result is true fewer than two financial environments. One that workers has access to financial markets (able to borrow and lend to smooth consumption), only face the budget constraint and the no Ponzi-game condition and in the second environment, the worker has no access to saving and must consume her income in each period, namely lives hand-to-mouth.

Following work by Shimer & Werning (2007) on welfare implications of unemployment insurance scheme with worker’s accessibility to financial markets, facing only the budget constraint and the no Ponzi-game condition, I rather introduce liquidity constraint.

The model uses a principal/agent framework where a risk neutral Planner insures a risk-averse worker against unemployment risks. I approach this by studying a risk-averse worker in a sequential job search setting (McCall, 1970). Time is continuous and has an infinite horizon, the worker chooses consumption to maximise expected discounted utility:

Where r > 0 is the worker’s rate of time preference, c (t) ≥ 0 is (flow) consumption at time t and u(.) is an increasing, concave, twice differentiable function with:

The worker receives job offers according to a Poisson process with parameter α > 0 while unemployed.[3] Corresponding to any job offer is a wage w. Assuming search is random. The offered wage w is considered as a random draw from cumulative distribution function F. Given a job offer the worker both accepts it and becomes employed at wage w, or the worker continues search with no recall. For simplicity assumes the employed worker at wage w remains employed forever; i.e. there is only a single spell of unemployment.[4] While unemployed the worker receives unemployment benefit payment, b ≥ 0 from the government. Following Shimer & Werning (2007), I assume these benefits paid do not vary with duration and preferences are constant absolute risk aversion (CARA).[5]

While unemployed the worker also chooses consumption optimally. Let A donate the unemployed worker’s financial asset. Assuming r also describes the market interest rate then, while unemployed, A evolves according to the differential equation, where consumption.

Unlike Shimer & Werning (2007) who assume assets must satisfy the no Ponzi condition[6]. I instead assume unemployed workers are liquidity constrained; i.e. assets must satisfy A ≥ 0. When re-employed at wage w, the worker is liable to a re-employment tax .[7] For simplicity assuming this re-employment tax code does not depend on w. Thus when employed, the workers A evolves according to:

As the worker faces no further risk, the worker’s optimal consumption strategy is to consume permanent income from then onwards

Thus on becoming re-employed with asset A and wage w, the worker enjoys lifetime value:

First I describe the optimal search rule. The worker will accept ant job offer w which satisfies Ve(A, w) ≥ V u(A). As Ve(A, w)  is increasing in wages (it is always better to be employed at a firm paying higher wages), the worker’s optimal search strategy has the reservation wage, R(A)  property: the worker accept wage w if and only if w ≥ R(A), where the optimal reservation wage Ve(R, A)= V u can be written as u(.) is strictly concave.

Then while A > 0, the optimal choice of consumption c is given by the first order condition:

Equations (3) and (4) are a pair of policy rules for cu(At) and R(At) which describe optimal consumption and optimal reservation wage strategy while unemployed.

A =0 the liquidity constraint binds: To solve this, first consider optimal solution by the worker when unemployed with A = 0. The worker consumes c = b and in that case

Therefore we have a pair of equations (1), (3) describing V e, V u while (5) describes the optimal reservation wage, (3) describes optimal consumption and (6) is a boundary condition for V u when the liquidity constraint binds. These equations thus determine the worker’s optimal search and consumption strategy. I analyse these conditions for the case A = 0.

Figure 1: Reservation Wage when A=0

(6), (7) are a pair of equations which fully determine at.The following Lemma characterises the solution.

Clearly Lemma 1 identifies the solution for and when the worker is liquidity constrained.

The optimal unemployment insurance problem is to choose b, τ and the reservation wage to maximise the worker’s value of being unemployed given the worker sets her reservation wage according to the liquidity constraint, A ≥ 0 and subject to a budget constraint that the cost of unemployment insurance, UI, program is no greater than some exogenous cost In other words denotes the budget allocated to the insurance program.[9] Let’s define:

Which, conditional on survival, is the probability the unemployed worker remains unemployed at duration t. The budget constraint can then be written as:

where the cost of the program is comprised of benefits outlays minus the opportunity of becoming employed which occurs with arrival rate
and reduces cost since employed workers pay taxes τ¯. The most natural budget constraint to consider is fair insurance.[10]

4.1 Optimal Unemployment Insurance with A=0

Consider a worker who is unemployed with asset A=0. Since worker’s utility is monotone function of R(A) − τ , the problem of planner can be written as:

where Solving (Budget Constraint) for b gives

r + τ shows the disincentive effect, i.e. the higher b will increase  will make lower and as a result will make the exit rate lower.

“The no-Ponzi condition states that debt must grow slower than the interest rate.

Let’s consider the case that worker is unemployed s=u and the unemployment benefit is zero, also c = c¯, then:

Of course as t → ∞ then the e−rtD(t)  → 0. Clearly, one way to rule out the debt to grow unboundedly and not to let a person to die with debt is to prohibit debt entirely, i.e. to require wealth to be always no negative. In a more realistic case that workers are liquidity constrained; i.e. assets A cannot become negative. (An unemployed worker who does not have any asset is unable to borrow against future earnings.)

Clearly by assuming the above objective function Υ(R0,  ) and the incentive compatibility constraint (12) equal to g(R0,  ) and knowing that unemployment insurance should maximize R0 − , then the necessary condition for optimality is:

where  is equal to:

and also  is equal to:

We can solve the problem as:

[1]. The no-Ponzi condition implies that the individual cannot keep borrowing forever. Any debt that has been accumulated eventually has to be paid off.

[2]. Ruling out savings behaviour is not only unreasonable, Rogerson (1985) shows it also yields distorted policy prescriptions.

[3]. Of course in a matching equilibrium, α depends on labour market tightness. Coles (2006) described optimal unemployment policy for the case that workers cannot save but α is determined endogenously.

[6]. They declared that the no-Ponzi condition states that  with probability one (More discussion is in Appendix A).

[7]. Coles (2006a, b) provided a lump sum tax deduction on re-employment which depends on the length unemployment duration of the completed unemployment spell. Openhayn & Nicolini (1997) implement an income tax premium on future wages

[8]. What Mortensen mentioned in his paper discuss the size effect on b and tax when A=0.

[9]. One can consider the dual problem of minimising the total resource cost which is equal to benefit net of employment tax that delivers a certain level of utility for unemployed worker. 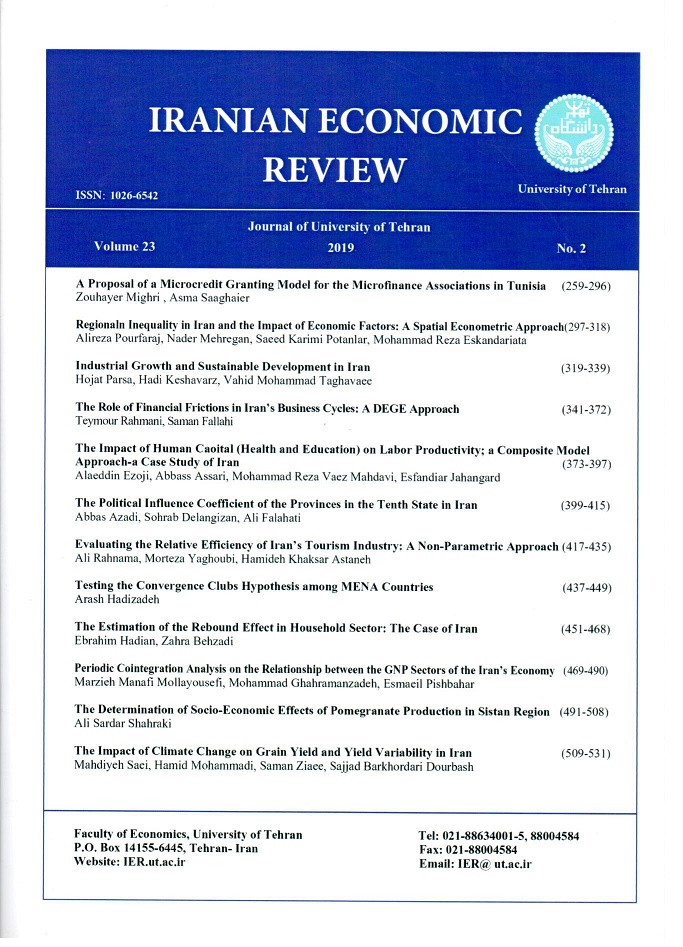